Concussion awareness has come a long way in sports. These days even the littlest pee-wee teams have concussion protocols, but when you watch your child take a hard hit from the football stands or the sidelines, worry can quickly set in. Besides watching for signs of a concussion, there are things you can do. Radiology experts at Sonos Imaging look at brain images checking for signs of a concussion. We explain the tests your child may need and exactly what doctors are looking for.

A concussion is defined as a temporary impairment of neurological function caused by head trauma. It has been estimated that 1.2 million sports-related concussions occur every year and there are many more concussions caused by non-recreational related activities such as falls, car accidents, etc. It is not necessary to have a direct trauma to the head to sustain a concussion. Any force to the body enough to cause either a rotational or acceleration motion to the brain may result in a concussion.

A CT scan or MRI will be normal in someone who has sustained a concussion as the injury affects the cellular functioning of brain nerve cells, which cannot be seen on these imaging studies.

A concussion is a clinical diagnosis made by the concussed patient having characteristic neurological and physical symptoms which commonly include:

Fortunately, the brain possesses the ability to repair and restore function.  Almost all concussions will heal over time but all concussions are different and people heal at different rates. Exercise and cognitive activity place increased demand on the areas of the brain healing which potentially delays recovery. The risk of a second, more serious concussion is greatly increased when someone is still symptomatic from a first concussion. Second Impact Syndrome (SIS) is a condition in which the brain irreversibly swells after suffering a new head injury before symptoms from an earlier one have subsided.  The death rate from SIS is 50% and those who survive with a disability is almost 100%.  Youth are especially vulnerable.

Following a thorough concussion evaluation, both CT and MRI scans are commonly used to look for concussions by looking for a hemorrhage in the brain because blood itself is toxic causing inflammation when it leaks into the brain tissue. Usually, the CT scan is used early on so someone who either literally just had an injury or within a few days after. If they show recurring symptoms, they usually end up seeing a neurologist and then get referred to have an MRI.

Concussions are a serious injury, and return to activity afterward is an important consideration.  Do not return to play with a known or suspected concussion until you have been evaluated and given permission by an appropriate health care professional.  Treatment consists of a team approach utilizing the most up-to-date medical therapies, clinical interviews, neurocognitive testing, rest, physical therapy, medications if symptoms persist and re-examinations.  At the present time, we do not have enough knowledge to know how many sub-concussion blows or concussions are too many and when should an athlete stop playing contact sports. What is important is to carefully manage each concussion.

At Sonos Imaging, we take head injuries and concussions as seriously as we do because we know that with the right images, you can make the right call/diagnosis. 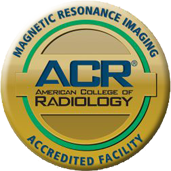